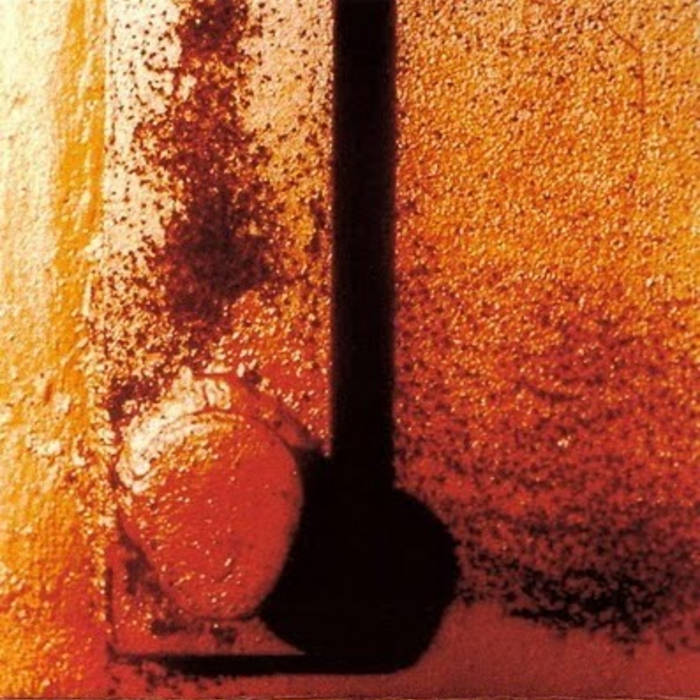 I am going deaf. I have had hearing problems my entire life and more
and more each day
the ringing gets louder while everything else gets quieter. It is one
of those things that I
have just had to accept. I have even through out the years quite
often joked about it even
going as far as naming a Meisha single The Deaf Will Still Feel Our
Vibrations. But
honestly, when it comes down to it, someday I will not hear and this
scares me no
matter how I try to console myself.

I often expressed these insecurities to my dear friend Sayas and he
always had a story or
an exercise that would bring me back to the present. These were often
exercises that pushed
the limits of both the senses and of concentration. Reality could be
destroyed by a pin drop.
We sat for hours with strings buzzing and lights flashing or sometimes
completely dark. He one
day told me a story of a brotherhood of deaf musicians. The story has
since played out over and
over again in my mentations and I feel that in it I will someday find
my peace.


"I will now tell you about devotion and focus. I have told you of
many of the brotherhoods I
have come into contact with throughout my journey, men who have not
forgotten and still practice.
Around thirty years ago, my travels brought me to Turpan, one of the
larger cities at that time in
Turkistan. My father had told me of small villages outside of Turpan
where there were still
brotherhoods living in much the same way they had for centuries.
After several weeks wandering
around Turpan asking those who would possibly know of these mysteries,
I was told of a
brotherhood that sat deep in the mountains on the other side of Mt.
Karawuquntag. It was a difficult
journey from what I was told and could only be taken by foot. I asked
what brotherhood I would find
there. "It can not be said," is all I was told. I obtained a guide
and began the three-day journey.

On the third day as we scaled down the mountain, I began to feel a
change in air pressure, not
just from the shift in altitude but something else. Something that
felt like it was actually rattling
my bones. I listened deeply and I eventually heard a roaring sound
that became louder and louder
as we scaled down the mountain. As we reached the bottom, my guide
Turi told me that he would
go no further and that I was to progress further into the valley.

As I followed the roaring, my ears were beginning to articulate and
organize. I had never heard
sounds like these in my lifetime. It was as if the entire valley was
acting as a resonator for this sound.
I pushed myself further as the sound took on a nearly physical form.
With each step I became more
and more lost. My entire body was resonating and I became ecstatic.
Suddenly I felt myself falling
and the next thing I knew someone was wiping the blood that was
accumulating around a gash
above my left eye. Even more alien than the injury I had just
received was the fact that the sound
had now stopped. My body felt like it was still beating from the
vibrations. I soon passed out.

When I awoke, the music had started again. I made my way out of the
dwelling to see something
I could hardly believe. I had fallen into the source of the sound I
had spent the last day following.
I was about 30 feet below where I had been walking just hours before
and right in front of my eyes
looked to be an ark of some sort. I approached it to find that this
ark was actually one giant
instrument with at least 20 men inside performing it. The feeling of
the sound being played was
overwhelming. I could feel it in every part of my body and at some
points I was almost overcome
by the urge to vomit. I finally came to my senses and sat down at the
foot of the ark and allowed
the music to envelop me.

Hours passed in ecstasy and I fell into a deep trance until again the
music stopped. I felt
somewhat rejuvenated and still quite ecstatic. I approached the
musicians, first speaking to
them in Tajik and then Chagaty and even Uyghur but I got no response,
Just a kind smile and a nod.
I was grabbed by the hand and led back to where I had been sleeping
off my injuries. My host gave
me dried figs and apricots and smiled at me with the most beatific
smile. I felt at ease.

After my stomach was full, I tried speaking in several ancient
dialects but still got no response.
My host got up to leave, turned back to me, smiled and motioned me to
come along. I tried speaking
again and my new friend pressed his hand against my neck feeling the
vibration of my voice then
touched his ears and shook his head. I was puzzled by this. This man
had just been playing music
and was now trying to tell me he could not hear.

Soon after this, the evening's music began. This time I listened from
inside the instrument with
the musicians. The sound penetrated deep into my soul. I examined my
surroundings and I
realized that we were all standing on a huge membrane of some sort
that was acting as a
reflector, whereas the body of the ark acted as the resonator. The
musicians played an assortment
of instruments including percussion, long strings and huge metal tongs
that reminded me of a giant
mbira. Somehow it was all connected to the ark and was essentially
one giant instrument. These
men were reacting and playing to pure vibration resonating into their
bodies. They all moved like a f
renzied machine in and out of different levels of awareness. Hours
passed as I listened and watched.
I began to hear and see what I can only consider to be an advanced
form of communication. I had
discovered a people completely immersed in a language of vibration.
The entire group was one consciousness.

I stayed and listened, eventually joining in on the music, doing all
in my power to communicate
my thanks to be a part of this beautiful whole. I spent nearly a year
there with those people. I did
not speak and, to be honest with you, I felt more than I heard."

Some time after Sayas passed on, I was in a used record store. I came
across an old LP
by "The Korean Deaf Percussion Orchestra." When I saw it, a surge of
energy rushed through
my body. I had spent countless hours imagining how the deaf
brotherhood might have sounded.
I thought this recording might finally give me some idea. I had the
clerk put the record on and
what I heard was basically pop music played by a group of the world's
best deaf Korean
percussionists. It was honestly a little disappointing but it spawned
the thought that I
obsessed over for my next two months of traveling.

I began to write music for a deaf orchestra in July of 2006. I wanted
to write something
that could be performed based on vibration, rather than melody or
harmony. I set about
not only writing the music and fashioning an amplification device so
that the vibrations would
be felt in specific ways. I arrived in Portland, Oregon in late
September. I had been corresponding
about these ideas with my long time collaborator Matt McDowell. By
some twist of fate, it turned
out that there actually was a deaf orchestra in Portland. We decided
that we had to complete this music.

McDowell contacted Andrew Howard who was the director of music
programs at the Tucker-Maxon
Oral School. At first he thought it was a joke and nearly ran
McDowell out of the building. When
I came back into town, we both went to talk to him. I told him the
story that Sayas had told me
and that I was going deaf and that I felt that this might be the
answer that I was looking for so
that I could continue to make music for the rest of my life. Andrew
ran a series of hearing tests
on me and concluded that I was actually going deaf. He began working
with us shortly after that.

McDowell and I set out to write this music that could be felt just as
well as it was heard. We worked
constantly for the next month and came up with something we were both
very proud of. We gave
the music to Andrew who was to begin teaching his students
immediately. We set a date for the
performance a month later and went about creating the proper sound
system. We planned to build
a stage out of 20 speaker cabinets that we were going to place face up
and cover with wood.

After many long days of working with the musicians, both individually
and in the full orchestra,
our performance date arrived. Honestly, I was a wreck. I had been up
for days taking God knows
what to stay awake. Unfortunately, McDowell and Andrew were in the
same, if not worse, condition
than I was. Andrew told me that he could not possibly face the
parents in his condition and that he
wanted to cancel the performance. Selfishly, I said that I did not
come this far just to quit now. We
decided that I would conduct the orchestra.

The musicians took the stage and the music and the disaster began.
First of all the wood that we had
used to cover the speakers was too weak to hold the 20 person
orchestra. It split and three of the
string players fell from their chairs. I kept conducting, even though
many of the musicians had become
more interested in their fallen comrades. I began to panic and
started waving my hands faster, stamping
the rhythm out with my foot. The orchestra could not keep up with me
and the sound became
a hideous distorted mess. Suddenly the electricity went out and there
was silence.
The principal had cut the power. My dream would not yet be fulfilled.