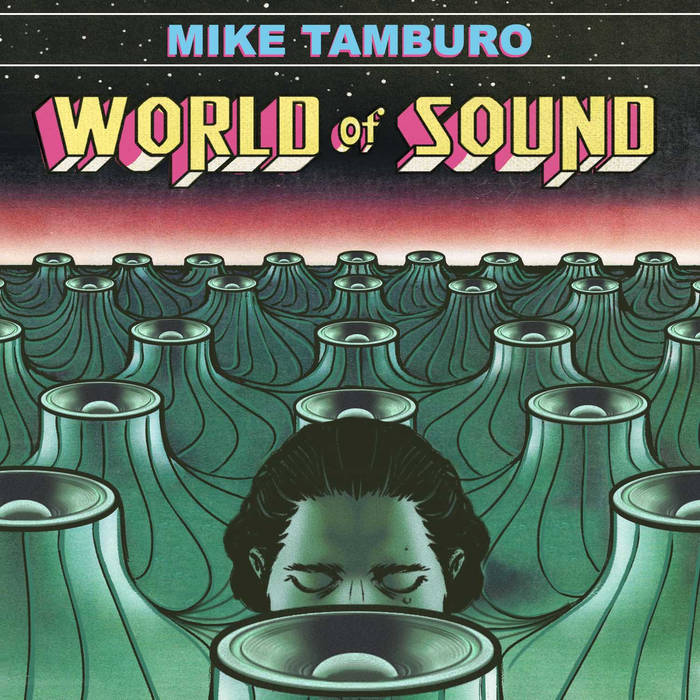 "Over the past twenty years Mike Tamburo’s prolific musical output has covered a range that includes everything from yoga and meditation music (as Brother Ong, and with Crown of Eternity), to psychedelic post-rock (with Psychic Frost, Arco Flute Foundation, Meisha, and others), to various types of experimental electro-acoustic sound. In spite of such diversity, fans of any of those branches are likely to be initially surprised by World of Sound. To be sure, there’s plenty of continuity with Tamburo’s previous work; however, here its characteristic looping layers and sonic textures are arranged into more identifiably song-based forms, and draw on a musical palette that incorporates such reference points as 1970s kosmische musik and film soundtracks, 1990s electronica, and contemporary space rock – buzzing guitars, galactic synths, minimalist pulsations, electro rhythms, blissed-out melodic vocal chants, and something called a “vibrational accumulator” (of course). Hypnotic, spacy, and uplifting (dare I call it “groovy”?), enthused yet serene waves of positive musical energy designed to put a smile on just about any type of head." - Kevin Moist

Thank you Gallina, Anthony, Nick, Eric, and Tom for your creativity, inspiration, love and friendship